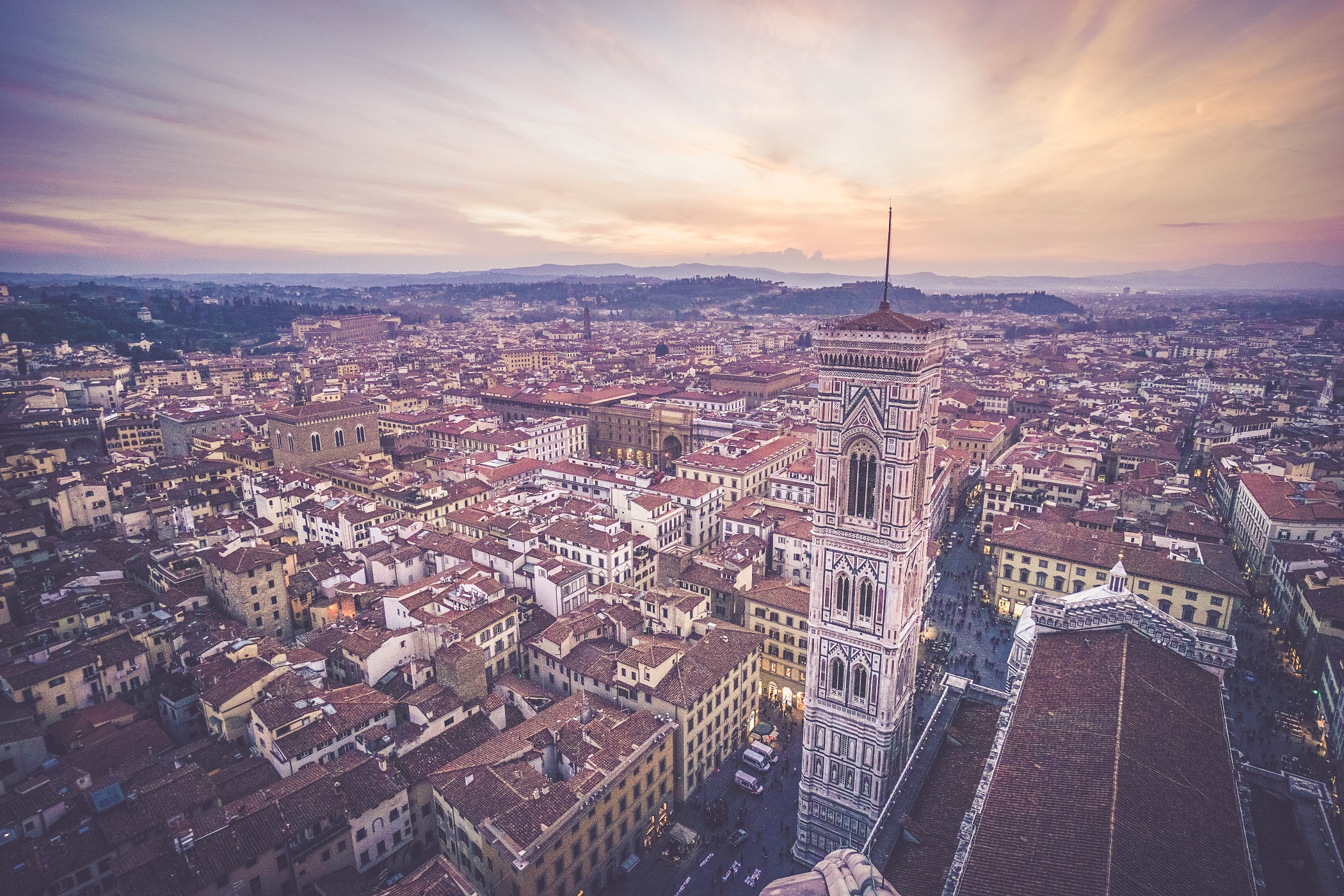 My name is Sonia, and I’m a senior art history and medieval & renaissance studies double major with a German minor. I’m working primarily on the artistic and German sources that have to do with the project. This past week, I’ve spent time translating a section of Walter and Elisabeth Paatz’s Die Kirchen von Florenz, a monumental mid 20th century encyclopedic catalogue of the churches of Florence. The nine volume text sets out to briefly describe every church in the city through its architectural design, layout, history, and contents. The couple began the project around 1939 and finished it in the mid 1950s.

The entry on the Bigallo draws almost entirely from primary source texts and their own observations. The descriptions of the building locate each architectural aspect of the building as well as the locations of major art works, an invaluable and unmistakably German approach to this task of cataloguing. While the history is only a cursory understanding of the building’s use and relies heavily on primary sources, the footnotes prove extremely helpful in explaining discrepancies among a number of texts and in correcting historically accepted misconceptions. The text gives a useful overview to the building’s appearance and catalogues its contents.

This Digital Humanities project serves in some ways to expound upon and update the medium through which the Paatz’s worked. Florence As It Was can serve as a chronicle of the city in it’s late 15th century iteration, reconstructing and re-situating buildings and works. The call for such a project stems, for my interests at the very least, from a desire to replicate the city and to contextualize the art studied in classrooms. Too frequently does knowing a piece of art come from memorizing disembodied facts: location, site, date, patron, artist, etc.. While those building blocks become the tools with which one can actually study and understand the context for art, even at a basic level being able to make connections among works of art and those five factors would make for a far more vibrant study. For example, if any student learns about a particular piece of art and it’s site, that site can now be situated within the greater city, it can be understood as the home to many works of art, and it becomes the meeting place for artists and art works alike. Those networks of connection and visualization would enrich the learning experience of any art history or history student of Renaissance Florence. The experience of seeing a work in person after studying it is one of the most gratifying things as a student, as the work done in a classroom or in a carrel late at night suddenly comes alive. This resource would make that available from the start and hopefully capture that experience in just moments of clicking onto an interactive map.