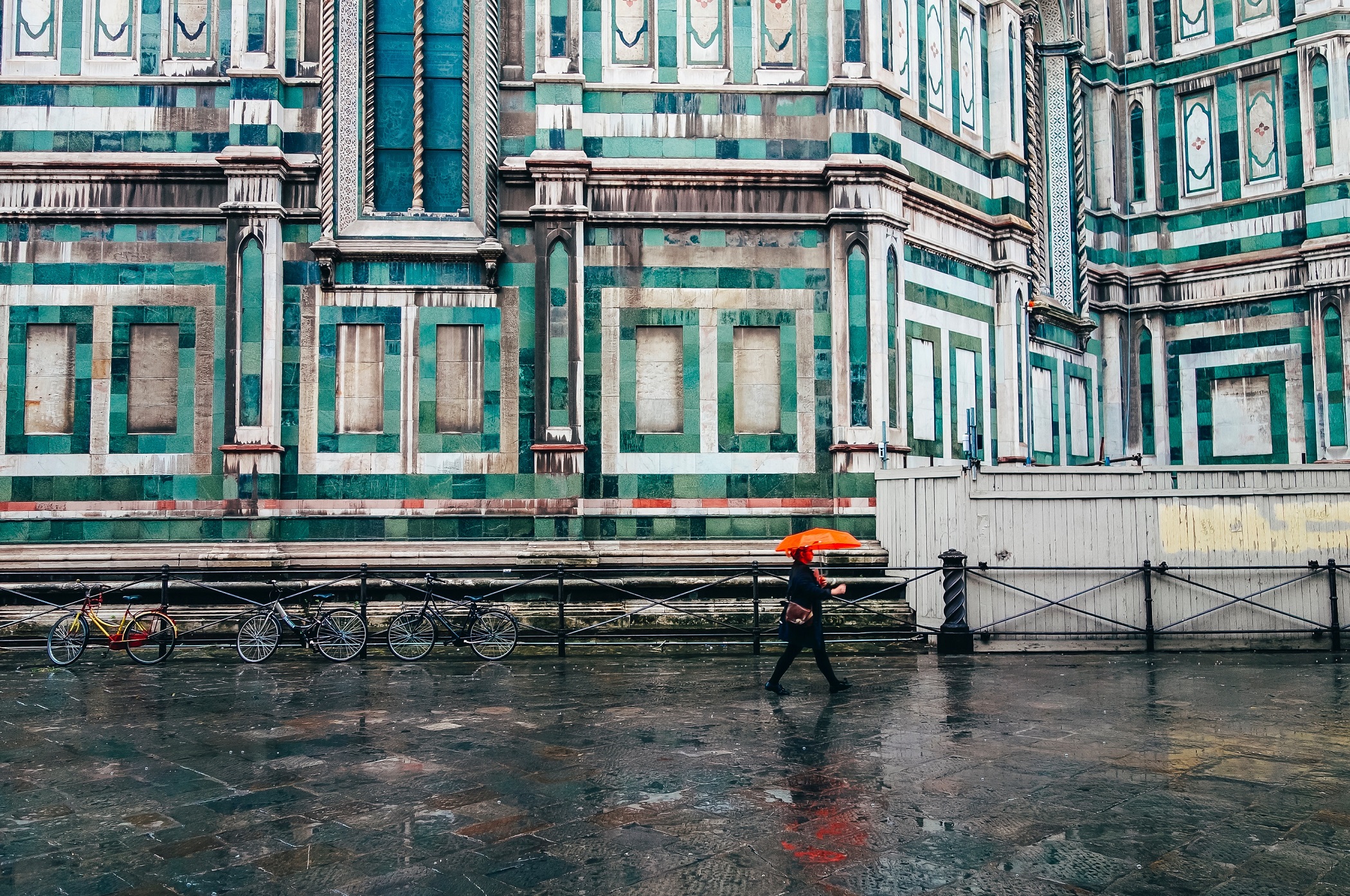 Aside from a period of testing alternate logos, for the past couple of months I have worked on creating simple 3D models to produce a broad map of Early Republican Florence.  To create the 3D models I have taken the following steps: I start in Adobe Illustrator with a given map of Early Republican Florence.  Select a single building and the border of the given map and copy the building-border pair.  Create a new Illustrator new, paste the building-border pair into the file, and drag the file into Cinema 4D. In Cinema 4D, I start with a spline of the building-border pair. Redefine its position so the it lies flat such that the x, y, and z axes are zeroed out with the p axis set to -90.   Delete the border points. Change the spline type from Bezier to Linear.  Parent the spline to an extrude function.  Copy the extruded file and paste it into a master file where the other 3D models are placed.

It’s as easy as that. You work on a single building at a time with a border to produce standardized building positions and you extrude. BUT that’s not to say I haven’t run into issues. I have struggled to find a balance between my classes and work.  A month ago, Aidan Valente joined me to learn about and work on the 3D modeling project. Having extruded 250 simple models, we came to the center of our map. The Illustrator buildings in this section aren’t completed polygons. Instead, the buildings comprise a complex network of overlapping lines. The dilemma became how to interpret the linework.  Working with George Bent, Paul Low, Dave Pfaff, Mackenzie Brooks, Sonia Brozak, and Miles Bent, and referencing another map (the Carocci map), we came up with a solution for creating simple models of period accurate central Florence.

As an aside, for future work, I have been troubleshooting possible technical challenges (detailed below): As we are in the beginning stages of the 3D modeling project, we are laying the foundations for an improvable architecture. We need to overcome some preparatory challenges to complete the basic model structures and move the project forward to completing complex models:

We are working to complete the center section of our map of Florence (based upon the Carocci map and Professor Bent’s own 1434 map). For the initial scope of the project, this is the most important mapping area for our VR experience - which would contain the Bigallo, Baptistry, Orsanmichele, and the Duomo - some of the first buildings will are working to complete and present in full. This area of Florence is and was a hub of dense interaction, and requires detailed surveys and analyses of available information. Even during these initiatory stages, thorough mapping and documented knowledge dictate how we construct simple, placeholder models. As you read above, we are making good progress towards solving this challenge. Research guides our final product, and progresses alongside and, in large part, leads the 3D modeling process. Nevertheless, the fact of the matter is this is a living and breathing city, and it’s not possible to comprehensively render the city as it once was. Our complex models will be as accurate as possible - finalized building appearances will incorporate textual descriptions, period illustrations, educated conjectures, and photogrammetry.  Our field work this summer hinges upon our collection of images for photogrammetry. Photogrammetry is required to have complete, complex models, such that completed facades will merge our 3D models with photogrammetry produced point clouds. One problem with photogrammetry is that we move the span of documentation from the 15th century to later revisions and contemporary appearance. Taking a step back from my last statements, the way I have painted photogrammetry is misleading. Photogrammetry will be instrumental to the success of our project, as contemporary appearances still retain much of their original features. Photogrammetry expedites the work we have to do to complete our models and provides an immense visual source with which to revise and understand the structures alongside period descriptions.  We need to figure out how we will acquire multiple elevations for photogrammetry capture. Drones are almost certainly out of the question, so access to nearby buildings’ upper floors and tower views seem to be our likely answer. Completed interior models of buildings will drive home the major goal of our VR project of embedding artworks in their original surroundings. Modeling interiors may require us to use a laser scanner to generate point clouds, but interior dimensioning will nevertheless move forward with the creation of simple models and analyses of documents.  Without completed and textured interiors we can still insert art objects and so the project continually progresses. The biggest advantage of the Florence As it Was VR project is that it provides a lengthy period of time to thoroughly complete objectives and address the exponential sub-objectives. The biggest challenge entails the creation of an optimized workflow that lends itself to a changing workforce.