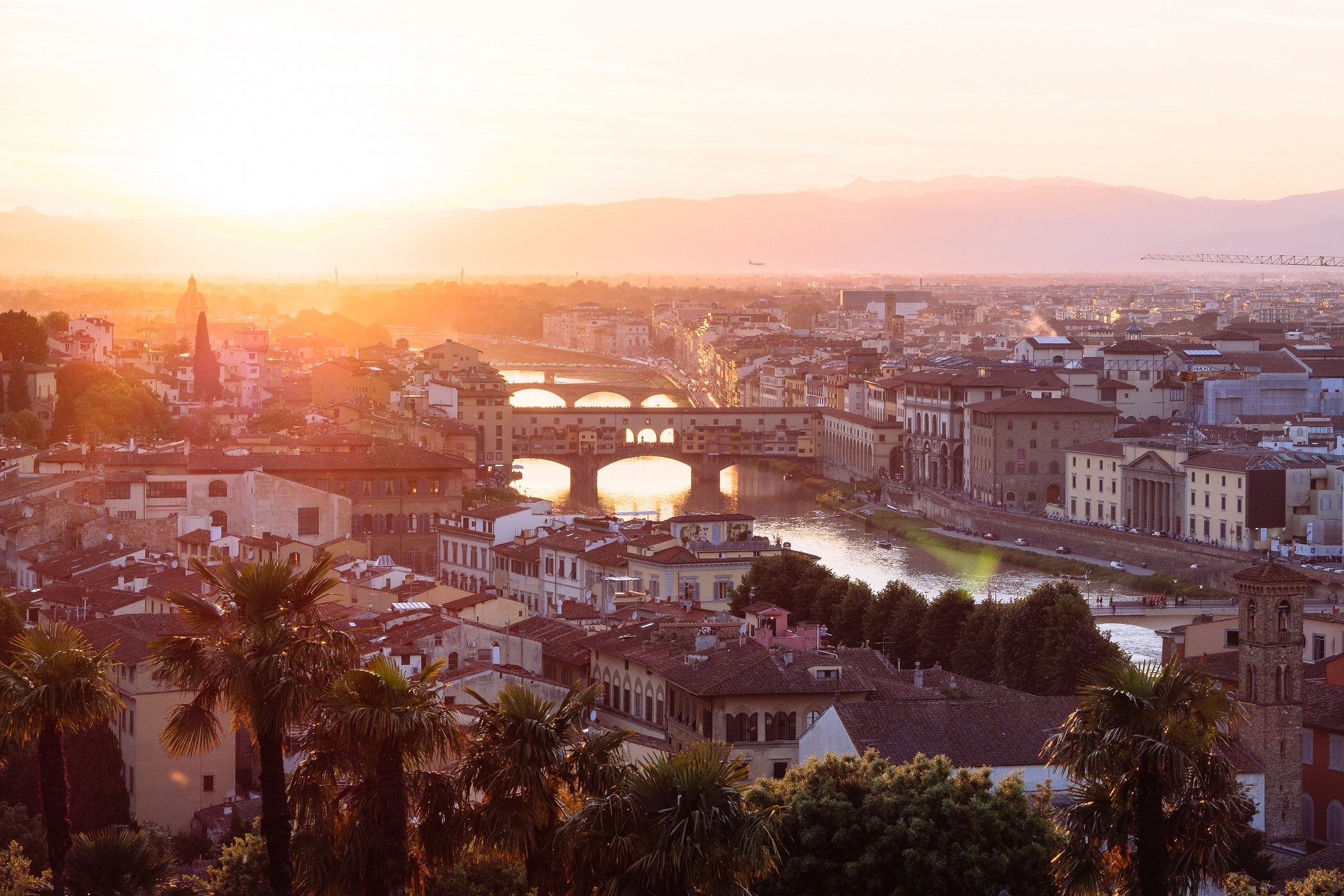 Greetings, interweb. My name is Miles Bent, and this is my first blog post for the W&L Digital Humanities “Florence as it was” project. In it, I’ll offer my perspective on the project we are undertaking this term at Washington and Lee University. So here goes. First, a little about the project. Our project description can be found elsewhere on the site, but we essentially want to create a virtual, interactive 3D model of Renaissance Florence that can be used for a wide array of academic purposes. The final product will be an accurate depiction of Florence in the year 1492 - the year of Lorenzo de’Medici’s death - that will allow the user the opportunity to explore a bustling Renaissance city as it would have been then. Additionally, we hope to provide a VR interface that enables access to artistic, religious, and political venues in new ways so users can further immerse themselves in the 15th century experience. Walking down the city’s cobbled streets is interesting, but wouldn’t it be more realistic if you could actually interact with a building rather than simply look at it? Imagine that instead of circling 2D images of the Duomo and Santa Maria Novella, you could actually go inside and see how the paintings, sculptures, and architecture all existed in a different age. So, that’s our end goal. We realize the incredibly complex nature of the project, however, and note that it will certainly take years (and likely decades) to fully complete. Thus the first weeks and months of our work have primarily focused on planning the best way to format everything, and troubleshooting potential future problems in formatting, data presentation, and of course, how to manage the unforeseeable technological advances that will undoubtedly occur between now and the project’s completion. I’m a senior English/Global Politics double major, and while I’m very excited to learn more about Digital Humanities and the behind-the-scenes efforts that go into complex collaborations such as we are undertaking, I’m relatively clueless when it comes to most of the technical terms and discussions. Luckily, I wasn’t brought on to be the techie. I am a member on this team because of my experience living in Florence ten years ago. My familiarity with the city, interest in Renaissance art, and semi-fluency in Italian will serve the group well, particularly when it comes to conducting research about the many different buildings we will have to recreate digitally. Many of the documents we will examine are in Italian, so I expect I’ll have my hands full reading contemporary documents for clues about how the architectures of buildings changed over time. That’s precisely what I have been doing for the first few weeks. The group initially decided to begin by working on one building at a time, to make sure that the procedure we envision will function for the entire project. We selected a building called the Bigallo for our first focus, since we needed something we could find enough useful data on, but we didn’t want to attempt a major building like a church before we really knew what we were doing. The Bigallo is located in the Piazza del Duomo in the middle of Florence, and was essentially a Renaissance charity house in which two confraternities combined to conduct their altruism. My job has thus been to read texts concerning the history of the building, under what conditions the two confraternities came to merge together, and the changes the building has seen since its original construction. My primary source of reference thus far has been Del Migliore’s Firenze: Citta’ Nobilissima Illustrata (1684). I’m still trying to adjust to reading the 17th century Italian since my previous experience with the language is largely unfamiliar with most of the grammatical usage and sentence structure, but I’m starting to make some progress. Though I’m not very tech-savvy, I’ve also been trying to learn what I can to contribute to the digital side of this digital humanities project. Part of this owes to the willingness of our DH supervisors (Mackenzie Brooks and Brandon Walsh) to educate us on pertinent technologies and by teaching us how to better navigate the programs we’ll be using. I’ve also embarked on a mission with Sonia Brozak to learn the digital technologies with which we will form the base layer of our Florence cityscape, onto which we will eventually place our separately constructed 3D models. On Tuesday, we met with Paul Low in the IQ Center to go over the intricate process of combining several 2D maps by placing one on top of the other. In our case, we took a 15th century map of the city that was provided by our faculty advisor (who, I should mention, is also my father) and resized it to be placed on top of a current GoogleEarth map. The purpose for this, as I gather, is so that next week we can use the coordinates we obtained from GoogleEarth to combine the current map with another view of the same area, this time via GoogleMaps. I don’t fully understand it all, but at least I’m beginning to see a method to the madness. We’ll meet with Paul again next week, so maybe it will start coming together more clearly in the days to follow.